(This entry is an English translation of that article. Translated by Hatsumi Oheda.)
Hello!  I am a Tax Accountant, Akirako Kimura (@kimutax).  I’m writing this blog to introduce the ways of controlling your time, action and money.

I decorate my office with fresh flowers. Why? Here is the reason.  The flower shop “Beone” arranges the fresh flowers for my office every week.  Well, the flower arrangement for this week is… 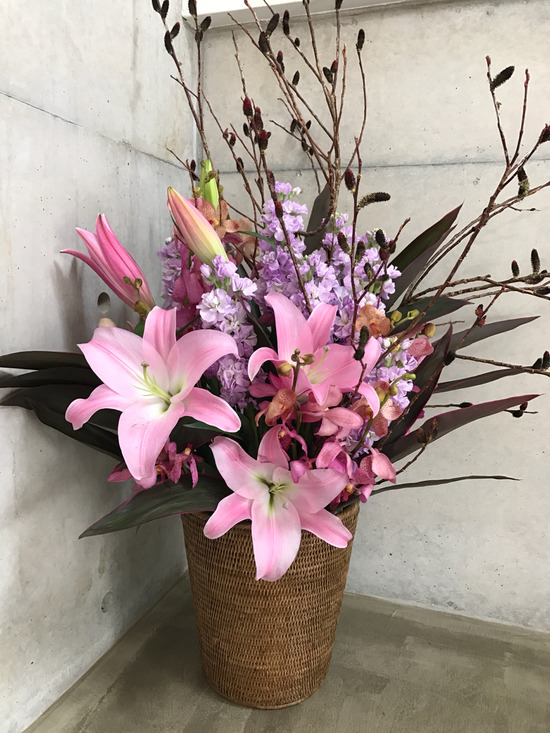 ※ I participate in these blog rankings.

Let me introduce you what kind of flowers are used for this arrangement! 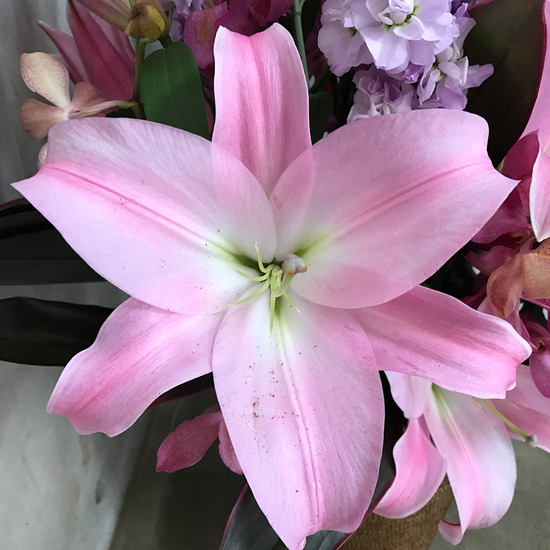 The leading role of this arrangement.  The pink color and the size making it so showy.
By the way, almost all the major flowers like lily, have a language of flowers by colors.
The language of flowers of the pink lily is “suggestive” and “vanity”.  Hmm, it’s not too difficult to understand :-p 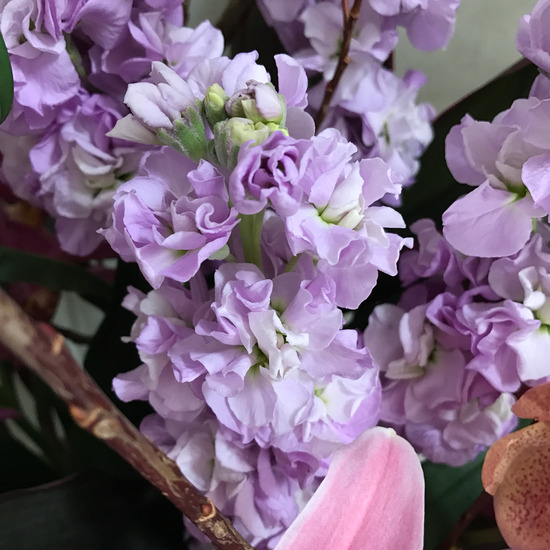 Since the leading flower is being pink, the others are coordinated with similar colors.
But, to avoid being the same tone, it’s used the several shades so that it captures by the gradation.
The light purple stock will bring out the Lily as a leading role modestly. 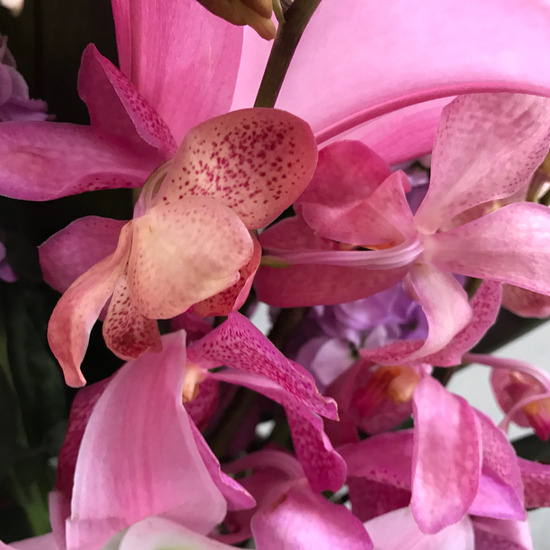 As you see the bottom of the arrangement, there are deep pink Mokara.  It lasts long so after the other flowers die, I usually keep the Mokara in a vase and enjoy it.

And also, it’s very reasonable cost, so if you’re thinking to buy flowers, I recommend the “MOKARA”,  especially for this season!

This is “the good job” of this arrangement. 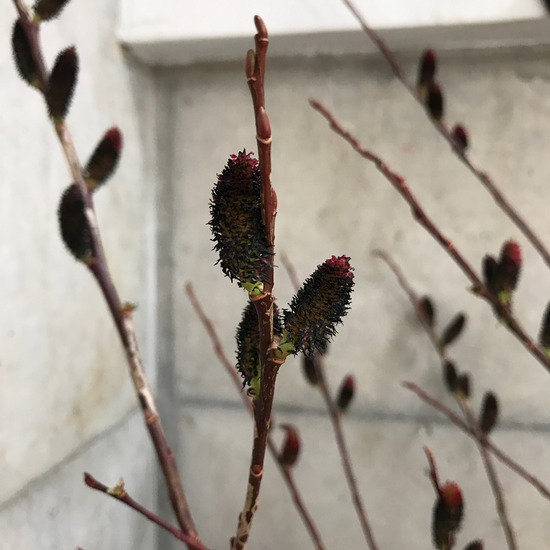 The BLACK WILLOW.  As the name suggests, its feature is the willow of black buds.
If there are only lily, stock and mokara, it might be too sweet arrangement, but with the “BLACK WILLOW”, it tightens the arrangement. 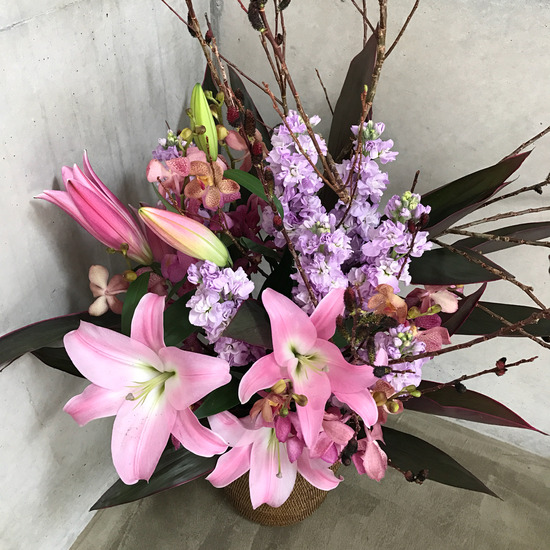 Thanks to the “BLACK WILLOW”、this arrangement matches to the office.  Using “an Excellent Supporting Role” like this is very important for the flower arrangement!

This arrangement smells so nice because of the lily and stock.
As you might know, the lily smells good, but as well as stock I tell you!
Especially, this “stock-baby-marine” has a strong smell among all kinds of stock.
Needless to say, it’s a natural smell, so it does NOT smell bad at all.
The stock is one of the good flowers for this season, as it has an effect of aroma and also heals your eyes.

※This is my second book.  Crossed the sea to Korea, it’s translated and published also!  It has also released as audio books since February 11, 2017.  Now I’m in the middle of preparing to publish my third book this year.

http://blog.kimutax.com/beautiful-gradation-EnglishThe importance is the Excellent Supporting Role! Tightening the sweet color and scent of lilies and stock!